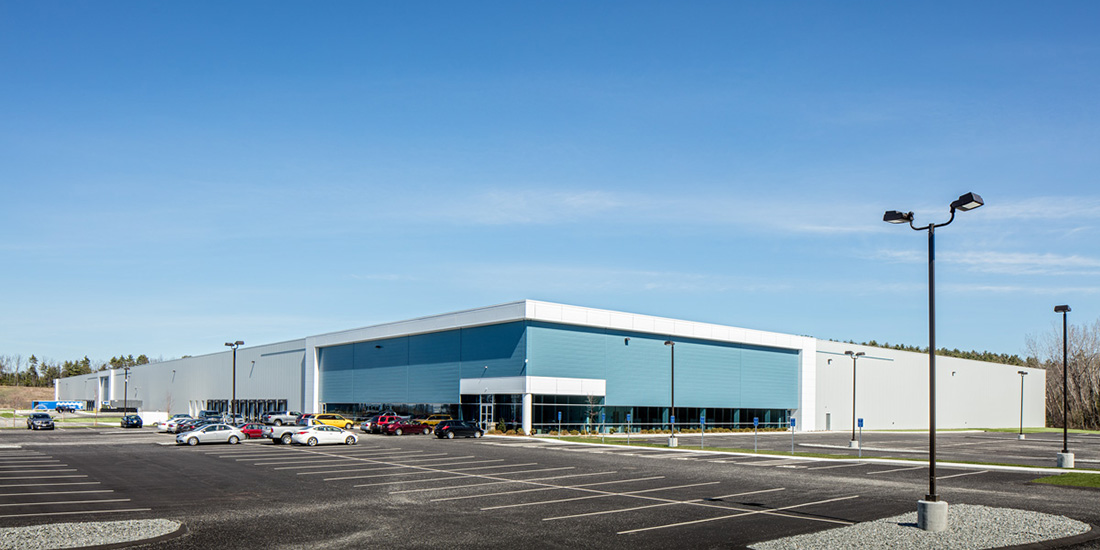 PGI is a 15 brand multi-channel direct to consumer marketer that had operated from a distribution center in Northbridge, MA since 2001 before its expansion and relocation to Littleton, MA. Polar Design Build, under the management of Condyne Capital Partners, has erected a highly functional and modern distribution facility and call center to meet PGI’s growing needs and to accommodate its planned multi-level automated material handling systems.

“After several years of operating beyond capacity in our existing facilities, we are finally graduating to a new level of scale and productivity and thanks to Polar Design, it was delivered both on-time and on-budget,” commented Jonathan Fleischmann, Chief Executive Officer of PGI. “Importantly, we are proud to be achieving this while not only retaining but adding jobs here in the Commonwealth. Working with Polar Design was truly a pleasure from the ground-breaking to the ribbon-cutting. We could not have asked for better construction partners.”

Condyne Construct in collaboration with Polar Design Build broke ground in April 2015 and completed construction in February 2016. The building is situated on 50 acres of land. It was constructed with conventional steel framing and clad in insulated metal panels. It includes a mezzanine expansion with an additional 200,000 s.f. for storage as well as a fully backed up electrical system with a generator. The distribution center is equipped with 18 door locks, 6 compactors, and room for up to 15 tractor trailers to park. In addition, the office space features modern finishes and a call center that seats up to 100 service agents.

“From the inception of a rendering to the conveyor belts running, the PGI project was a total team effort from the start to finish,” said Donald O’Neill, Vice President and Principal of Condyne. “This high-bay fulfillment center was designed and built to incorporate the input from many stakeholders to achieve the efficiencies PGI needs to be competitive in the market that will enable them to grow into the future.”

The relocation and expansion of PGI will create over 100 new jobs and stimulate the local economy. The new site is convenient for commuters as it is located near Route 495 and Route 2.

*On completion, the project was purchased from MA Littleton Land, LLC by CFI Littleton, LLC an entity owned and managed by Colony Capital, Inc.*